Gears are specific Combat Equipment used by Javelins. A gear used by one javelin type cannot be equipped by another.

Every javelin available for the player has at least 3 gears. Each gear is named differently depending on the type of javelin.

The primary function of Gears is to damage an enemy during combat or induce a status effect on them. They are also used to provide support to allies in a battlefield. Gears can only have a maximum of 4 inscriptions on them. Gears also provide additional time limited, action stacked, and masterwork perks.

Masterwork Perks are additional Time Limited or Action Stacked perks, but only available if masterwork or legendary rarity Gears are used. The flavor text will be mentioned in an orange-brown color. These can have specific names given to them.

There are 3 types of gears for all javelins. Each of these types have one sub type which is specific to a javelin. Each gear is key bound to one specific key in-game.

The "primary" gear for a javelin—"Gear 1" or Ability 1 in any key binding layout—is usually an area of effect attack, with most being able to be targeted at a specific location. Usually they end up doing damage to multiple enemies.

Gear 1 can be crafted up to masterwork rarity with Crafting Resources and the right Blueprints. They are also available as Loot. Four Masterwork Gear 1 released during Echoes of Reality can only be obtained in War Chests. Legendary gears can only be obtained through Loot, Regulator Store, Seasonal Store, and Guardians Gifts (Tomb of Cariff).

The "secondary" gear—"Gear 2" or Ability 2in any key binding layout—often acts like an additional weapon, and usually has multiple charges or sub-charges per cool-down cycle. Gear 2 mostly consists of abilities that can target enemy weak points or do close range attacks. These abilities can be performed in mid to long range.There are some exceptions.

Gear 2 can be crafted up to masterwork rarity with Crafting Resources and the right Blueprints. They are also available as Loot. Four Masterwork Gear 1 released during Echoes of Reality can only be obtained in War Chests. Some Masterwork Gears can be crafted, some can be obtained in War Chests, while other obtained through Loot. Legendary gears can only be obtained through Loot, Regulator Store, Seasonal Store, and Guardians Gifts (Tomb of Cariff).

The "tertiary" gear—"Gear 3" or Ability 1in any key binding layout, and often called as "Support"—provides support to the javelins and its allies. These abilities can amplify a javelin's combat prowess or provide additional protection against enemy damage. Although most support gear cannot do damage or combo, Storm's Howling Veil can deflect the damage done to it from projectiles, back at the enemies, and when it expires or is destroyed, it can detonate primed enemies around it and stagger them.

Gear 3 can be crafted up to epic rarity only. They are also available as Loot. All Masterwork Support can be obtained in War Chests or Loot. Legendary supports can only be obtained through Loot, Regulator Store, Seasonal Store, and Guardians Gifts (Tomb of Yvenia).

All javelins have at least two gears that can do damage to enemies or put them under a status effect. Each javelin also has a third gear that provides support for the lancer and their allies during the expedition.

Most gear can prime, or detonate, to perform a combo. Items which do elemental or acid damage can apply a status effect on the enemy, but they can only prime if they are considered primers. Combos can be performed on primed targets using detonators.

Gear performance can be improved by using sigils and through Inscriptions. Using the right component can mean even a low damage dealing gear can perform exceptionally well.

Gears can roll at most 4 inscriptions. The quality of the inscription depends on the rarity and the type of the Gear.

Gears can come in all 6 rarities. These rarities are restricted by their maximum Power Level.

Every javelin has 1 slot each for their 3 Gears. The order of usage of these slots do not matter. However, the number of slots available depends upon the pilot level. At different pilot levels, additional Gear slots are unlocked as Pilot Level rewards.

There are 20 Gears of Lower rarity (Common, Uncommon, Rare, and Epic), and 24 Gears of Upgraded/Higher rarity (Masterwork/Legendary) each in Gear 1 and Gear 2 each. There are 8 Gears of Lower rarity and 8 Upgraded/Higher rarity in Gear 3. The grand total comes up to 304 Gears, at their maximum power levels. Gears can also be obtained with power levels lower than their maximum counterparts, but they are best suited for salvage to obtain resources. 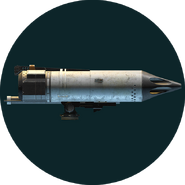 Representation of Gears in the Vault
Community content is available under CC-BY-SA unless otherwise noted.
Advertisement